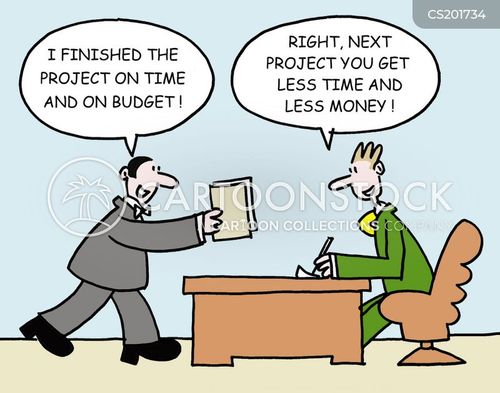 The Times of India feature, “Cutting the Gordian Knot” (June 10, 2016) shines light on the obsolete Kerala government organizational structure, and the resulting inefficiencies.

Kerala government secretariat is the mother-ship for red-tape in Kerala. The secretariat hierarchy consists of 9 levels:

Below this hierarchy are the field departments. The secretariat on average handles 500,000 files a year. Last year alone there were 150,000 files pending action.

Chief minister Pinarayi Vijayan [2] has a “ambitious plan to overhaul the functioning of the secretariat to improve efficiency. ” Reform suggestions include “pruning secretariat staff and formation of a decentralized directorate, like the one followed by the Center.” However, the opposition to the plan was immediate. “Bringing in a directorate system bypassing the secretariat will affect detailed scrutiny of a proposal from a field department. The pros and cons of such a proposal can be understood only at the secretariat level of expertise,” said M S Bijukuttan, general secretary of the pro-CPM Kerala Secretariat Employees Association (KSEA).” Absolute nonsense!

What expertise does the secretariat have, other than knowledge of bureaucratic rules, regulations and ready-made objections list? And the “detailed scrutiny” is pseudonym for causing delays, creating opportunities for corruption, favoritism and promoting “obstructionism culture.”

Decentralization of functions, responsibilities and authority is the way to improve efficiency. The proper role for the secretariat is oversight, supervision and audit of the state bureaucracy. The secretariat should get out of the way of field offices from taking action. The secretariat may, however, provide support functions for actions field offices are taking, or contemplating taking.

New management practices are opposite of the Kerala government structure. Innovative organizations (in both government and business) are getting rid of permanent office workspaces [2].

For genuine reform, the Chief Minister should start by changing the 19th century mind-set focused on concentrating authority prevalent in Kerala government institutions and agencies. The second principle to adopt is the concept of “flat organizations” [2].

The report, “In race with snails, files would lose,” details causes for delays, inaction and reign of bureaucracy in Kerala government: “The processing system in the secretariat referred to by chief minister Pinarayi vijayan as the core reason for administrative delay literally resembles the game of snake and ladder.”

Another report, “Secretariat could become paperless in six months,” illustrates the publicity seeking goal setting common in the Kerala government: “All the 42 departments in state secretariat are likely to switch over operations to e-office platform in another six months. The other departments are supposed to send only scanned copies of the files.”

“Paperless office” is a dated concept that has lost its relevance with popularity of internet. Yet, Kerala government keeps using it as some sort of trophy to be won, illustrating the lack of objective measures.

Here are examples of data that could objectively measure efficiency of Kerala government:

Making claims about “paperless office,” gives an impression of achieving something without actually making real progress.

The technology platform used, e-office from National Informatics Centre (NIC) is outdated, and the claims about “paperless office” are questionable. E-office provides paper document scanning, storage, management and workflow support functions. It seems the interface is based on printing a paper document at the sending department and scanning it at the receiving department. Better way is to use internet and “Master data management.” If e-office uses paper scanning interfaces, then describing it as a “paperless office” platform is committing fraud.

The approach to take is focus on achieving objective goals for administrative efficiency with automation with or without paper. It is the results that matter, not the methods.

B Ashok, a senior civil servant and secretary Ayush department, points out, the real challenge with the reform plan: It is about personnel redundancy. He says, in the article (“Institutional approach required”), “If a proper work study is done,. a third of all the posts created in the Secretariat and many departments might prove to be far in excess of requirements with automation. If the promise of organizing a meritocratic Kerala Civil Service like the IAS (Indian Administrative Service) is pursued, those aspiring for promotional avenues in the participating departments would be the first to protest.”

Hence an administrative reform in isolation is unlikely to succeed. Kerala has exhausted all gimmicks and piece-meal fixes. Only viable option remaining is complete transformation of Kerala economy, government, education and institutions.

To sum up, the proposed administrative reforms by the Chief Minister is unlikely to succeed. Instead, what could work is a comprehensive effort to transform Kerala:

Past reforms in Kerala may have been implemented focusing on single area for change, sequentially. But the world has become too complex, interdependent and competitive for isolated reforms to be effective any longer.