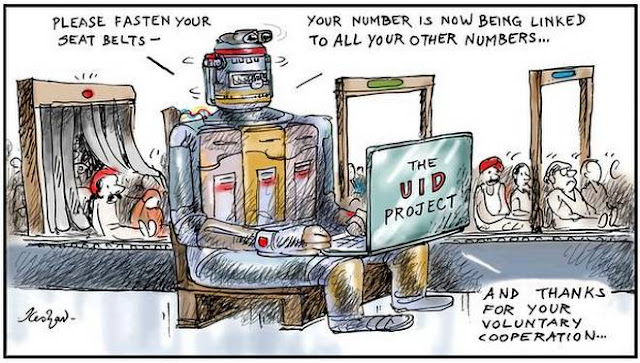 By Anupam Saraph – Instead of examining the harm caused to the country by Aadhaar, R.S. Sharma asked the public to demonstrate the harm it can cause to him. When public officials think about private interests being harmed before protecting public and national interests, they fail to protect either. Mr Sharma’s Aadhaar Challenge has exposed the corruption of public policy by self-interest.

On July 28, Telecom Regulatory Authority of India (TRAI) chairman R.S. Sharma put out his Aadhaar number on Twitter and challenged anyone to harm him.

Mr Sharma’s ‘challenge’ underlines not just his ignorance about Aadhaar but also his indifference to public interest, governance, financial integrity of the economy and even national security. Given that he was the director general of the Unique Identification Authority of India (UIDAI) during the conception, design and early implementation of Aadhaar, it is a damning testimony to the project, to put it mildly.

In an India where every government document had to be attested by a gazetted officer, the pendulum has swung to the other extreme. Biometric and demographic data submitted by private operators to the UIDAI is suddenly being used to replace legally valid, legitimate identification documents issued and certified by government officers.

Once the Aadhaar replaces existing documents, it causes unprecedented harm to the country as there is no way to distinguish real individuals, on-boarded through careful legal process by government officials, from those added through the Aadhaar database.

Senior bureaucrats who realize this for the first time, are utterly shocked. They have never realized how the Trojan Horse of Aadhaar got into their department or ministry. An uncertified biometric or demographic has no legal value and causes incalculable harm to the country.

In fact, they don’t even know how many unique biometrics exist in the entire database. Astonishingly UIDAI’s affidavit to the Supreme Court in the WP 494 of 2012 and associated matters indicates that at least 600 crore ((6 billion) Aadhaar numbers out of 1,200 crore (12 billion) have never been used to authenticate any transaction ever.

It is amazing that Sharma is unable to notice the harm that neither the finance ministry nor any other ministry knows who the beneficiaries of government benefits and subsidies are. Even today they continue to claim that uncertified, unverified, unaudited and non-unique numbers have identified and eliminated duplicates and ghosts in non-existent databases. more>